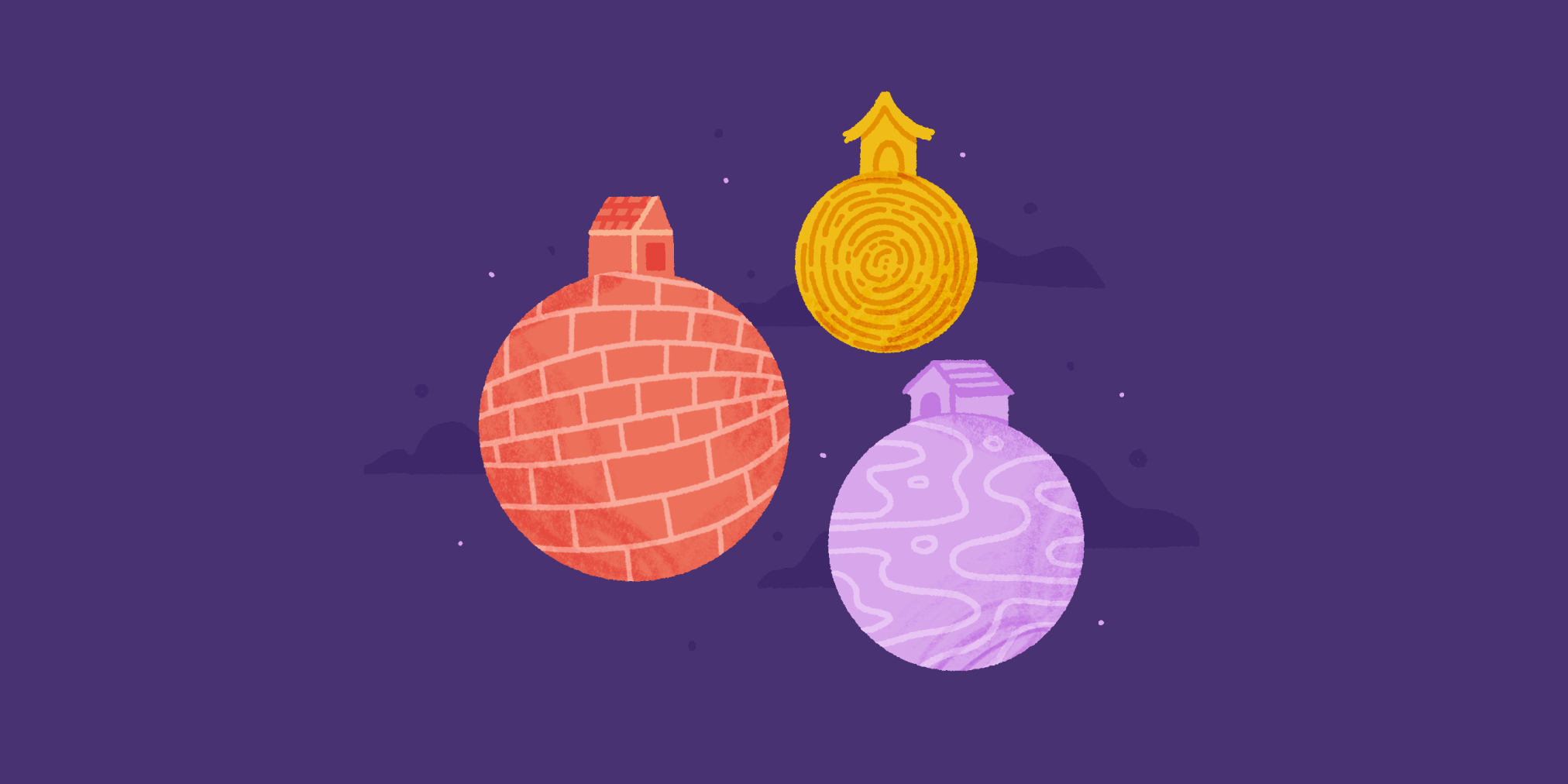 What is a Three Little Pigs retrospective?

The Three Little Pigs retrospective focuses on the state, quality, and challenges of products and agile projects, all through the lens of a classic fairy tale.

Everyone knows the story of the three little pigs, but just in case it’s slipped your mind, here’s a quick refresher: three pigs each build houses to protect themselves against the big bad wolf. Each one uses a different material. The final pig’s material of choice—bricks—is the only one to withstand the wolf’s attack.

Let’s take a look at how that story maps to a retro template:

🌾  House of Straw: Ask yourself, what’s at risk of breaking? This house could topple over with even a small amount of opposition. Things you put in this category need the most attention.

(Example: If we don’t increase server capacity for Cyber Monday the site won’t load at all!)

🌳  House of Sticks: Ask yourself, what needs more work? Stronger than the first, but not quite as strong as the last. Things in this category need attention, but are lower priority.

(Example: It’s not ideal that we can’t save items in a cart if the user navigates away from the site)

🧱  House of Bricks: Ask yourself, what is rock solid? Things in this category are good as they are and no further work is needed.

(Example: The new process to finalize copy after UX resulted in a much faster turnaround, let’s keep this workflow!)

After you’ve categorized things into your houses, don’t forget about the wolf.

He represents the obstacles that could damage anything in the first two categories. For example, maybe your product’s app has a graph that’s populated by an API, but information fails to load if the user quickly closes and re-opens the app.

In this case, the graph would go in the first category, while the cause of the problem (opening and closing the app) would serve as the wolf.

When should you do a Three Little Pigs retro?

The Three Little Pigs retro is great for assessing weak points in a project, product or process.

This template is especially handy if the thing you’re assessing is new to your team members, or if you had to make compromises when you launched. Had the pigs been aware of the strength of the wolf’s breath upfront, they would have all built brick houses. But it wasn’t until after they were built that they learned which would be strong enough. Looking back at new builds after they have had time to face the elements can deliver valuable insight.

This is also a great retrospective format for measuring risk. A straw house isn’t necessarily bad if you’re sure it won’t come up against something that can knock it down. Sometimes, on the way to launching a minimum viable product (MVP), your team might have to construct plenty of straw and stick houses, things that look good enough on a calm day, but might start shaking in a breeze. This retro will help you pinpoint structural weaknesses so you can make them hurricane-proof.

How to run a Three Little Pigs retrospective with Parabol

After pressing the Start Meeting button in the Timeline view, use the arrows to toggle to Retro Meeting, then use the dropdown to select the Three Little Pigs retrospective template. Now you just need to press “Use Template” and “Start Meeting”.

The icebreaker box is checked on by default. You don’t have to do one, but we recommend it. An icebreaker is a great way to get everyone speaking up at the start of your agile retrospective.

If you’re doing an icebreaker, you’ll have a random question to answer. You can refresh it if you want another option, or you can create your own. Maybe something about your favorite fairy tale?

Now it’s time to get brainstorming. The facilitator or Scrum Master should encourage the team to think about what goes in the straw column, sticks column and bricks column.

Then you’ll group reflections into themes, do some dot voting using Parabol’s voting function, and discuss. The final stage is setting action items so you can build a stronger house in the next sprint.

Parabol is remote-friendly, enabling you to run an asynchronous retrospective with your team or a synchronous one. They can all leave comments together, or do it at a time that works for them. Also, reflections are anonymous, and no one can see them until you’re done working on them. After the reflect phase, you’ll vote on issues to discuss, talk about the most voted on items, and then get a summary of the retro when you’re done.

Make sure to review the retro 101 guide for tips on running a great retrospective activity with your team.