A classic sequence for all purposes 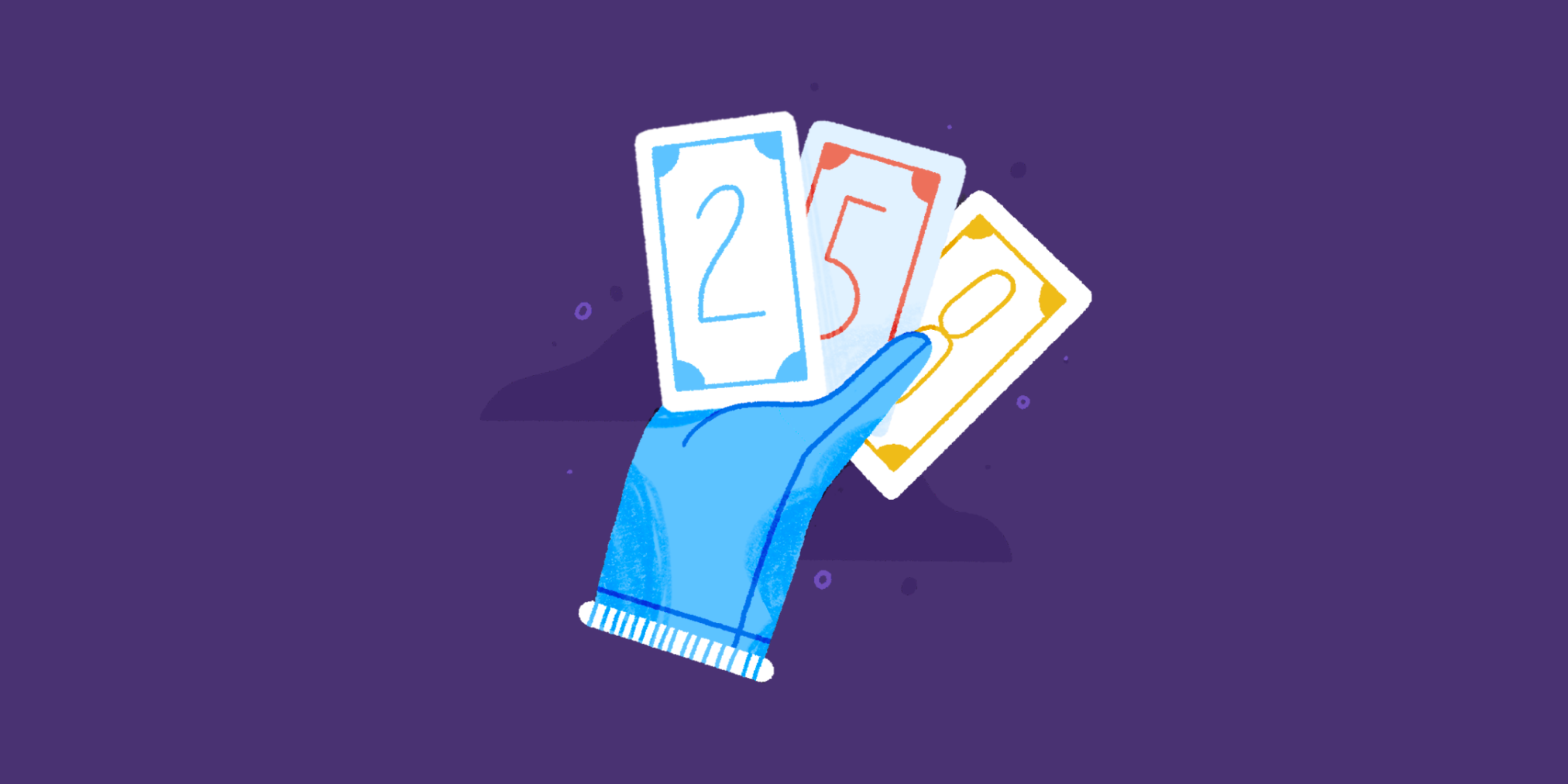 Inspired by the world of mathematics

One of the most popular scales used in Sprint Poker is the Fibonacci scale, which is based on the Fibonacci numbers – a sequence where each number is the sum of the two preceding numbers, starting from zero.

Fibonacci has become one of the most popular story point scales for agile teams because it helps team members create more accurate estimates for smaller tasks and complex tasks alike.

In Planning Poker or Sprint Poker, the Fibonacci numbers appear on your hand of cards, starting at 1 and going up to 34.

Some teams choose to use a modified Fibonacci sequence which looks like:

Want to learn more about why Fibonacci works so well? Check out our Fibonacci explainer.

What’s nice about the Fibonacci scale (aside from Fibonacci being fun to say) is that it promotes more accurate estimates of user stories due to the nuance of the sequence.

Because the numbers are integers, there are no half steps or tricky granular distinctions. No one is going to rate something a 1.5 for example.

But the numbers are closer on one end of the scale, so it’s not completely devoid of granularity. As a result you’ll be able to go into more detail for small tasks, and have greater breadth of choices for large ones. And that fits the nature of estimating large tasks – because many times you just don’t know all the details.

The way the Fibonacci scale grows in a lagging exponential is its unique strength. It manages to capture the knowns and unknowns that make sizing small and large tickets easy:

For small tasks you’ll generally be able to estimate any issues, so more granularity on that end of the scale makes sense.

For larger tasks it can be more difficult to pinpoint how much effort something requires, so the numbers (and the distances between them) grow to accommodate that.

That’s the magic of the Fibonacci sequence, it’s not just the numbers, but the spaces between them, that help you size tasks during your estimation process.

To use the Fibonacci scale in your Sprint Poker meeting, simply select it as your scale when you start the meeting. Sprint Poker can be run by any team member, whether it’s the Product Owner, Product Manager, a member of the software development team, or even a Scrum Master.

Each participant will get 10 cards. Eight of the cards will have the series of numbers from the Fibonacci scale, one will have a question mark, and the other is a pass card.

The cards with the sequence of numbers are your votes on the size of a user story. The question mark card is useful to signal when you’re stumped on a task. If you don’t have enough information to make an accurate estimation, or you just aren’t sure where it lands.

The pass card is for (you guessed it) passing on an estimate. This can be useful if you’re on a multi-disciplinary team, where not every task will require each discipline. So if you had front-end development and design on the same team, a designer could pass on estimating a task that would be going straight to the front-end team.

The Fibonacci scale is just one of the sizing options you can use when estimating with Parabol’s Sprint Poker tool. There’s also the T-Shirt Sizes scale and the Five Fingers scale.

Or you can even make your own scale – how about mouse, hamster, guinea pig, opossum? It’s up to you!

For more details on how to run a Sprint Poker meeting with your team, check out our walkthrough!

Save meeting prep time, get everyone talking and evolve as a team – all in one tool. Parabol is free for up to 2 teams. Yup, totally free. From Parabol with love.
Get Started for Free